The dramas of 2016 were the heartbeat of international Hallyu fans. Viki fed viewers with life sustaining dramas, talented actors, addicting storylines, and a thirst for more. Without further ado, let’s take a look at the top 15 dramas from 2016. 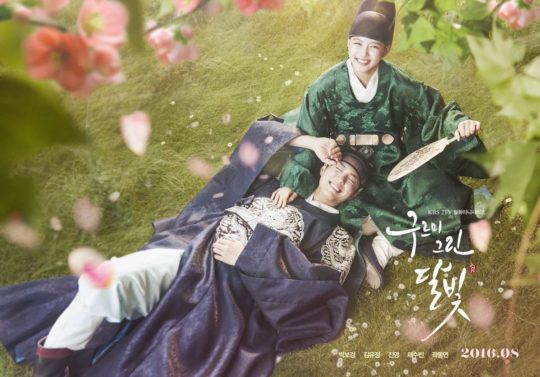 Park Bo Gum took the lead in not one, but two, of 2016’s top dramas. In “Moonlight Drawn by Clouds,” he performs brilliantly as a Joseon king who struggles against political intrigue to do what is right by his family and by his people. In this very distinct reimagining of history, Park Bo Gum’s youthful crown prince falls in love with a woman disguised as a eunuch (Kim Yoo Jung), and together they learn to love and navigate the dangerous politics of the times.

Descendants of the Sun 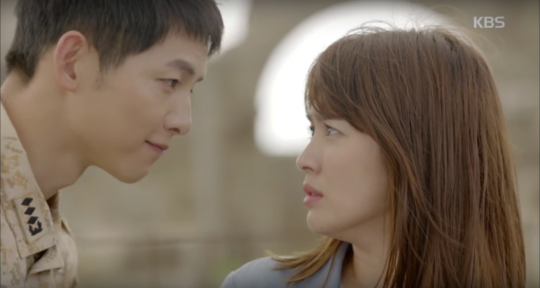 This pre-produced military-medical romance took the world by storm, shooting the already popular Song Joong Ki and Song Hye Kyo to incredible stardom. In roles that represented the pride of South Korea, the Song-Song couple took on natural disaster, battles of will, international crisis, and of course, love, in order to bring us a great drama. It coined some pretty major memes and phrases (like Song Hye Kyo running to stop her tearful loudspeaker confession) and reminded us why we absolutely love the ’85 liner Song Joong Ki. Don’t forget the wonderful secondary couple, Jin Goo and Kim Ji Won, and the endearing side characters like Onew and Jasper Cho! 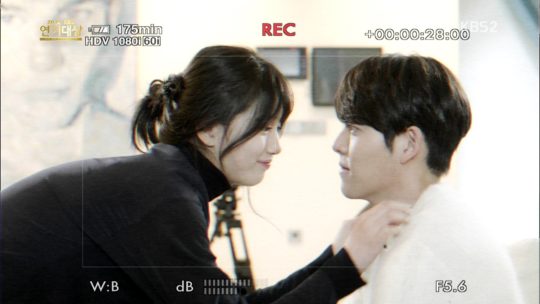 Mix Kim Woo Bin, Suzy, and a malignant tumor together and you get a very potent melodrama about high school sweethearts who literally battle life and death to be together. Suzy is a down-on-her-luck producer with a heavy responsibility to avenge her father’s death and care for her younger brother, while Woo Bin is a star who is dying and wants to do the right thing before it is too late. When they meet as adults after separating as students, their love rekindles and opens up a world of drama. The cinematography is crystal clear and truly helps tell this touching tale. 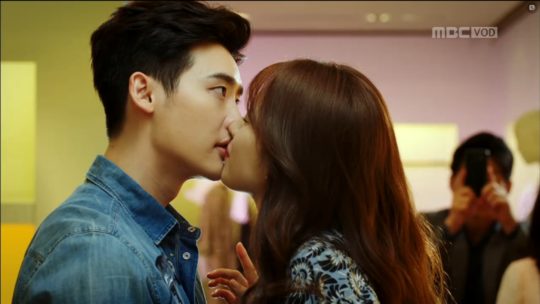 The webtoon is in. It’s one of the hottest forms of entertainment, and onscreen webtoon adaptations are doing extremely well. “W” is a drama that taps into that popularity and combines it with stunning visuals, winning performances from Lee Jong Suk and Han Hyo Joo, and a riveting story about a couple whose love spans from the real world to the world inside a comic. A constant source of mystery, surprise, and unique romance, “W” is one of the most memorable dramas of 2016. And no one can deny that Lee Jong Suk really does look like a comic book hero! 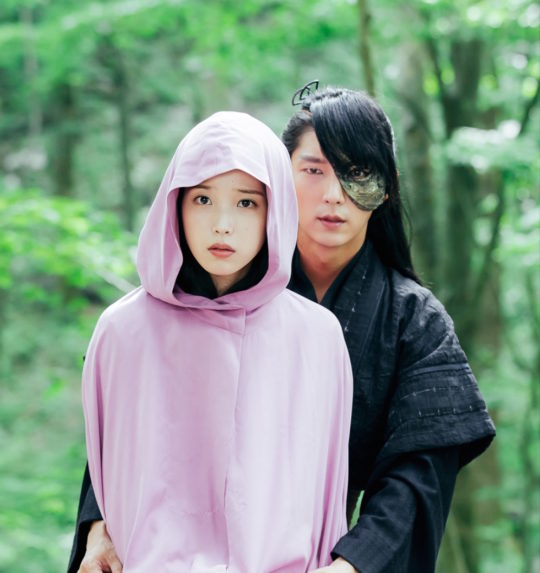 “Scarlet Heart: Goryeo” is one of the most addicting shows of 2016. From episode to episode, the broody Lee Joon Gi and the time traveling IU capture our hearts and keep us in a constant state of curiosity. Add a gaggle of handsome and ambitious brothers to the mix and “Scarlet Heart: Goryeo” is a feast for the eyes and the heart. Lee Joon Gi plays a displaced prince who has led a difficult life because of the times and because of his scarred visage. It is the veteran actor’s intense acting that carried this drama from start to finish, shedding his pretty boy aura for that of a tough warrior.

The Legend of the Blue Sea 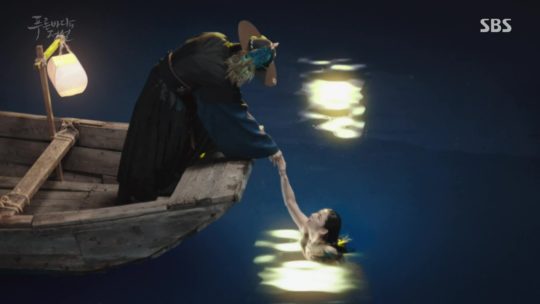 Brought to us by the writer of “My Love From the Star,” “The Legend of the Blue Sea” is another amazing tale of love that spans centuries and species! Jun Ji Hyun plays a fast-talking, honest, vibrant mermaid who falls in love with the swindler Lee Min Ho. The couple in 21st-century Seoul finds out they are replaying their tragic Joseon pasts and must work to change their destinies. Jun Ji Hyun is hysterical as a literal fish-out-of-water as she adapts to chic Seoul, and Lee Min Ho is as charming as ever as a con man who can’t help but falling for the strange woman in his life. 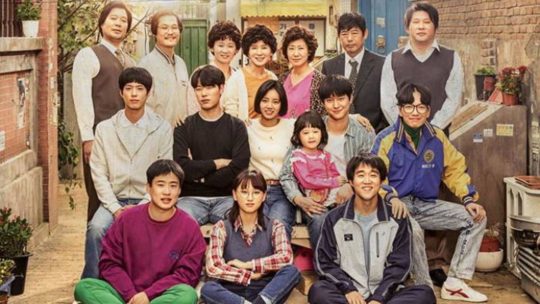 Just like the rest of the wonderful “Reply” series, “Reply 1988” focuses on creating a world that is magical simply because it is realistic. It tells the stories of the friendships and loves that are born in a neighborhood. No matter where the viewer is from, he or she can relate to the daily trials and tribulations of these South Korean children, parents, friends, and lovers as they move through life and the times. “Reply 1988” transforms the small moments shared by family into crystalized memories that are poignant because they are universal. It focuses more on family than the previous series, but is no less effective. The show birthed stars like Ryu Jun Yeol and reinforced the absolute cinematic blessing of having an experienced older cast. 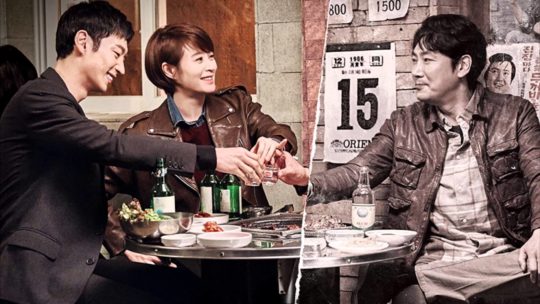 “Signal” is a crime drama done right. It is all about the development of the characters and building tightly written mysteries. The addition of the mystical element, the walkie talkie that ties detectives across decades, is simply genius. The walkie talkie is underplayed, but not unimportant. Rather, its inclusion is as raw and gritty as the murders. Lee Je Hoon, Kim Hye Soo, and Jo Jin Woong are, simply put, perfect in their roles. Casting of episodic characters is spot on and the way individual cases are woven into the longer fabric of the drama keeps us on our toes from beginning to end. 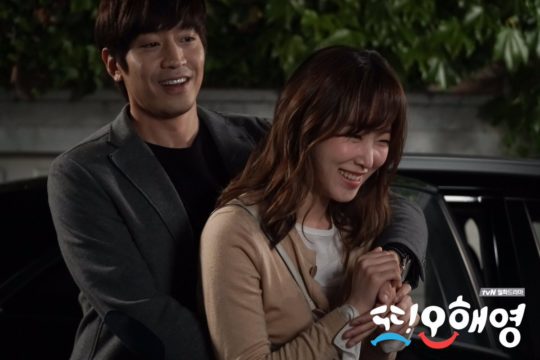 “Another Oh Hae Young” is no young lovers’ drama. This is about adults who suffer pain and loss, but who can make love just as young and fresh as their sixteen-year-old counterparts. Eric Mun and Seo Hyun Jin are a sexy, scintillating couple who fight and love through very difficult circumstances. They are a couple who shouldn’t be together for poisonous reasons but overcome the odds. It’s a grueling and satisfying climb to the top as we watch not only our main couple, but the other couples work through their love lives. And most of all, we see how both Oh Hae Youngs learn to extricate their interwoven identities and become their own women. 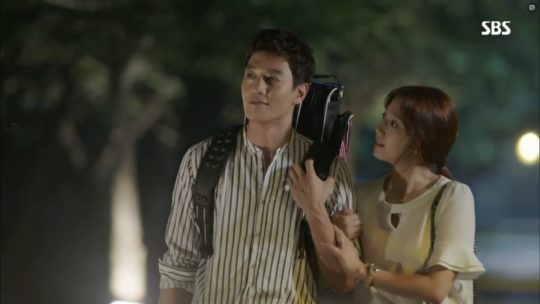 Park Shin Hye takes on the role of one of the most unique heroines in K-drama: Yoo Hye Jung. She’s fierce, she’s tough, she’s unapologetic. Basically, Park Shin Hye gets to play a role opposite of most female drama leads, and she knocks it out of the park. Place the powerful Kim Rae Won opposite her and we have a dream couple. In a medical drama full of politics that Hye Jung will not succumb to, she and her rival and colleagues must navigate medical emergencies, VIP manipulations, and the incredibly persuasive power of money. The drama also carves out time for some great side characters played by Kim Min Suk and Ji Soo. 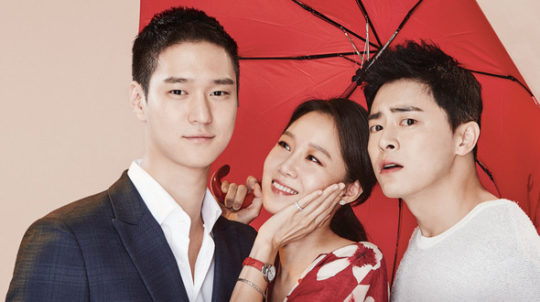 “Don’t Dare to Dream” is, I daresay, one of the most unique dramas of 2016. It’s tone is one of humor mixed with strong pangs of jealousy that drive our plot and characters forward through their wacky adventures. Jo Jung Suk is pitch perfect as the manly Lee Hwa Sin who struggles with having breast cancer in a society that over-values masculinity. He plays both the serious and the humous with ease. Gong Hyo Jin is brilliant as always, creating yet another strong female character with Pyo Na Ri. Go Kyung Pyo depicts one of the most strongly willed second leaders to date. Period. It’s great to see a second lead who isn’t a pushover. The adorable animation of signs, lovely cinematography, and meta references also made this drama one to dream about.

Cheese in the Trap 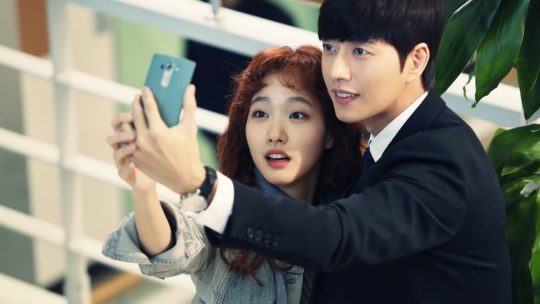 This webtoon adaptation takes on some difficult subject matter, throws in an incredible cast, and brings a unique story to life. Park Hae Jin plays a man with an extreme dark streak while Kim Go Eun is a shy student who runs into more than her fair share of troubles. Together they create a pairing that doesn’t quite fit together, but who we root for anyway. Add a pair of crazy siblings to the mix (played by Seo Kang Joon and Lee Sung Kyung), and “Cheese in the Trap” is one fun drama to watch. It is brave how the original tale by Soon Ggi and the drama adaptation tackle the strange personality of Yoo Jung, a man who purposefully hurts others and perhaps revels in it, and explores that personality through his romantic relationship with Hong Seol.

Mirror of the Witch 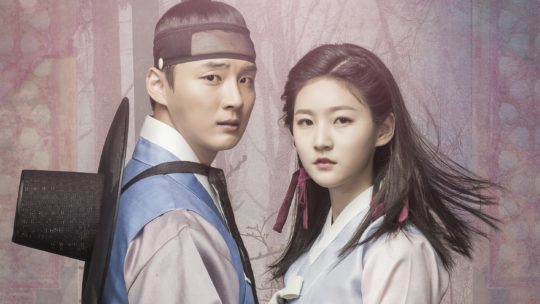 Yoon Shi Yoon is masterful as the re-imagined Heo Joon, the outspoken hero and love of the mysterious witch Yeon Hee, played by the young but riveting Kim Sae Ron. Countering this sweet couple’s every move is an amazing villain, Hong Joo, played by Yum Jung Ah. Yeon Hee is cursed with powers that literally come at the price of life and death. She and Heo Joon race against the clever Hong Joo to find a cure, help the king, and save their love. While there is a a lot of excitement in this fusion sageuk, the beauty is really in the small moments of affection and love between Heo Joon and Yeon Hee. 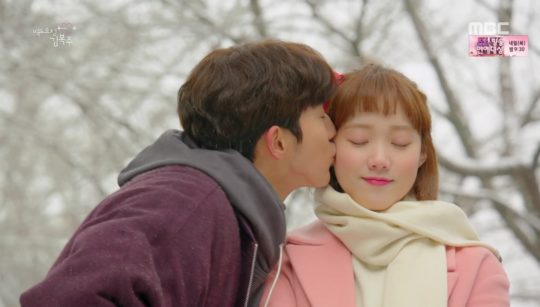 “Weightlifting Fairy Kim Bok Joo” is an empowering drama by any stretch of the imagination. The heroine, Kim Bok Joo (played by Lee Sung Kyung), loves a sport that isn’t considered feminine in the least: weightlifting. She isn’t a skinny stick and she loves to eat. Throughout the course of the drama she learns to embrace those two qualities about herself, which is a powerful message in this day and age. Part of what pushes Bok Joo to love herself is her friendship turned romance with swimmer Jung Joon Hyung (Nam Joo Hyuk), who falls in love with her exactly as she is. He is a refreshingly honest male lead who doesn’t hide his feelings for her and openly adores her. His faith in her talent as a weightlifter earns her love and devotion. They become this wonderfully healthy couple who help each other through tough times. 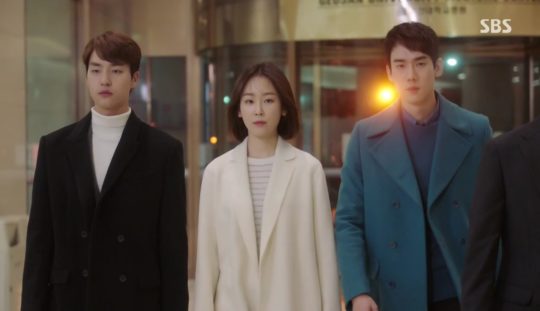 There is something very raw about “Romantic Doctor Kim,” as it tells the story of doctors who struggle through personal trauma, issues of morality, and love in the workplace. Dr. Kim is an edgy leader of strong-willed interns, and Han Suk Kyu‘s performance is (as always) nothing short of extraordinary. He is joined by Seo Hyun Jin and Yoo Yeon Seok, both of whom have brilliant track records in drama. Seo Hyun Jin plays the role of Yoon Seo Jung with sensitivity and Yoo Yeon Seok depicts the wayward Kang Dong Joo with brutal honesty.

Our website is made possible by displaying online advertisements to our visitors. Please consider supporting us by disabling your ad blocker.